The Rage of The Overlooked

This is a well written, imaginative book which looks at interpreting the facts of Charlotte Bronte’s life, and their effects on her fiction. Very enjoyable indeed, though in the end the glossed over section dealing with what must have been utterly devastating – the deaths of Branwell, Emily and Anne in quick succession – felt a little unsatisfying. 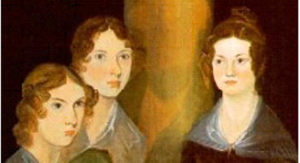 excruciating, literally, life must have been for intelligent, creative women in the nineteenth century, and how such cruelly thwarted potential found release and expression. Meanly lived lives, due to what was allowed for women of a certain class, plus a poverty coupled with society’s demands for gentility, yet the brilliance of feeling and intelligence so long restricted, bursts out and produces extraordinary works of fiction. Kohler really conveys the sense of passion behind the mask of quiet correct Victorian womanhood. She also taps into a similar sense with the often rather vilified Victorian paterfamilias, Patrick Brunty.

Rather than condemning the father out of hand, for his restrictions on his daughters, and his (very of its time) excessive favouring and indulgence of his son, she hooks Brunty right into class-conscious Victorian society, the intelligent Irish son from an uneducated family, someone again with dreams, intelligence and creativity, stifled by the only realistic choice he can make – the Church, offering a way out, and a way to use his skills and talents.

Somehow the later half of the book loses the edgy, conflicted darkness of the early

chapters, where she lets us right in to the despair and rage that must have fuelled such potent writing.